The Dangers of Fluoride 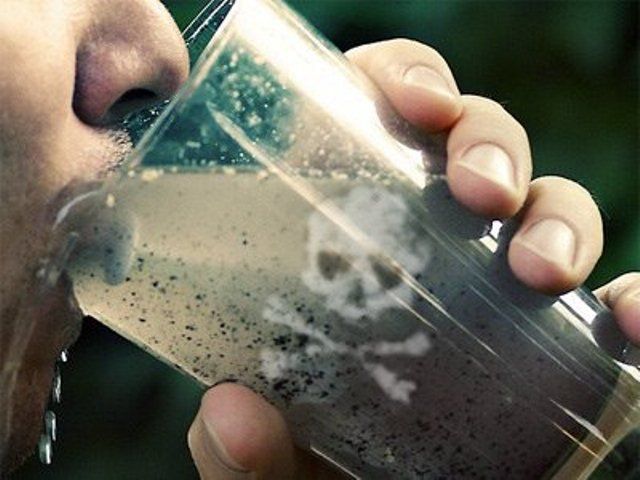 Every time I post about the dangers of fluoride I still get people telling me to stop posting lies, these people still think fluoride is GOOD for our teeth. I am not going to stop posting because I believe it is very important to get the truth out. In today’s world we have to be diligent and open our eyes to the fact that our food, water and our bodies are all being poisoned by large companies and corporations just for the almighty dollar and the quicker we learn this the healthier we will be……

Through the growing years, we have been told that we are very fortunate to have fluoride added to our drinking water. We have been told that the fluoride will help keep our teeth strong as we consume the water that we need on a daily basis. Unknown to the most people, the fluoride (whether in drinking water, toothpastes, mouthwashes, or other dental care products) can actually do more harm than good. Fluoride is not something your body needs. No one has a fluoride deficiency.

So, What is Fluoride and Why is it Dangerous?

These words are from Dr. John Yiamouyiannis (1943-2000) who spent years researching the health effects of fluoride toxicity. He founded the Safe Water Foundation, which regularly reports research documenting the harmful effects of fluoride. Fluoride is a cumulative poison that damages the immune system, poisons over 100 enzymes, makes minerals such as calcium and magnesium precipitate and become unavailable, causes premature aging, causes hypothyroidism, increases risk to cancer and bone pathologies such as osteoporosis, and causes seizures in susceptible people. Fluoride also increases the risk for the so-called autoimmune diseases, such as Lupus, Rheumatoid Arthritis, and others, and increases the incidence of mongoloidism and crib death (SIDS) in newborns.

This may come as a shock to you because, if you’re like most people, you grew up with positive associations with fluoride. You may envision tooth protection, strong bones, and a government that cares about your dental needs. What you may not know is that the fluoride added to drinking water and toothpaste is a crude industrial waste product of the aluminum and fertilizer industries, and a substance toxic enough to be used as rat poison.

Fluoride is a pollutant – a by-product of copper, iron and aluminum manufacturing. The chemical names of the main substances used in water fluoridation practices are hydrofluorocilicic acid, hexafluorisilisic acid and sodium silicofluroride. Fluoride is an unapproved drug being used in a highly illegal mass medication scheme. Fluoride is said to be voluntary by municipalities but the people never get to vote. The drug has not been approved by any drug agency and no one has been assessed for prescriptions. Fluoride is so toxic and dangerous that it has the ability to eat through metal and concrete. A fluoride spill results in the use of hazmat suits to clean up.

Water fluoridation is nothing more than the dumping of industries hazardous waste into people and our environment to avoid having to pay to dispose of the waste. They in fact make a profit instead. The problem of how to legally dispose of fluoride was solved in the 1930’s when a study (funded by one of the country’s largest aluminum companies) concluded that fluoride prevented tooth decay. A successful public relations effort, helped along with some cooperative government cronies, resulted in the good news going out – this miracle chemical, when added to water supplies, will give everyone healthy teeth and brighter smiles and we believed it! They must have been laughing in their seats…

Not according to the largest study ever conducted on fluoridation and oral health. 39,000 school children in 84 areas around the U.S. were studied in the mid-80’s, and the results showed no statistical difference in tooth decay rates between fluoridated and non-fluoridated cities. Meanwhile, tooth decay trends tracked by the World Health Organization from 1970 to the present show that the incidence of decayed, missing or filled teeth has been steadily in decline with each passing year in the U.S., France, Germany, Japan, Italy, Sweden, Finland, Denmark, Norway, The Netherlands, Northern Ireland, Austria, Belgium, Portugal, Iceland and Greece. And why are the numbers of decayed teeth on the decline? Well, better oral hygiene and improved dental practice is the most obvious answer. It’s certainly not the fluoride. Because of all of those countries, only one adds fluoride to the public water supply – the United States.

A few of the countries listed above used to put fluoride in some of their water, but they eventually wised up to the dangers of this aluminum by-product. Many of those countries simply refuse to run fluoride through every citizen’s faucets based on the idea that health treatments should be a personal choice and not mandated by the government. What a concept!

Other Ways That Fluoride Bad for You

The irony is that when you consume too much fluoride, your teeth can become discolored and crumble. But that’s nothing compared to the other ways that fluoride attacks your mind and body. In tests on laboratory animals, fluoride has been shown to enhance the brain’s absorption of aluminum – the substance that’s found in the brains of most Alzheimer’s patients. Three different osteoporosis studies have associated hip fractures with fluoridation. And excessive fluoride has been shown to damage the musculoskeletal and nervous systems, leading to limited joint mobility, ligament calcification, muscular degeneration and neurological deficits. And finally, a number of different studies have linked fluoride to as many as 10,000 cancer deaths per year, with a high incidence of bone cancer among men exposed to fluoridated water. In the meantime, local, state and federal government agencies across the U.S. do their best to simply dismiss all this bad news. Unlike their European counterparts, they’re sticking to their outdated and baseless claims that the stuff is good for you. Why? Maybe it’s because they’re terrified that if they admit that fluoride is poison, the deluge of resulting civil law suits just might destroy them.

Many people think they can avoid fluoride by just using fluoride-free toothpaste. However, fluoride isn’t just in toothpaste. Almost all of the beverages sold in stores and restaurants are made with tap water. People who drink those beverages ingest a fair amount of added fluoride.

Fluoride Can Be Consumed From the Following Sources:

* Toothpaste with fluoride
* Baby formula
* Foods cooked in fluoride
* Canned soup, or soup in restaurants
* Mechanically de-boned chicken (i.e. chicken nuggets)
* Food cooked in Teflon cookware
* Soda pop and soft drinks
* Fruit juice (unless it is fresh-squeezed at home)
* Beer and wine (unless they are imported from Europe or other areas that don’t fluoridate the water)
* Coffee and tea (if made with fluoridated water)
* Packaged and processed foods
* Anesthetics
* Fluoridated salt
* Cigarettes

What Else Can We Do?

Stop drinking fluoridated water. Use a filtration system in your home that filters out fluoride. Most filters can also remove chlorine which is another harmful chemical. Brita water filters do not remove fluoride, something like a reverse osmosis system will work best. Educate your doctors and dentists about where fluoride really comes from. The majority of the time those professionals are not trying to hurt you they just don’t know the truth behind the substance. They are limited to what their education taught them which is funded by the companies who are doing this.

Amazon has Filtration Systems Will Remove Fluoride From Your Drinking Water:  Click Here

Fluoride: The Hard to Swallow Truth